How to help Ukraine

So Russia attacked and the open war became reality for Ukraine.

It is tragic and it is difficult to believe that all this suffering that a nation is experiencing now is due to the ambitions of one psychopath.

Russian army greatly outnumber the defenders of Ukraine, but, surprisingly we did not give up much territory yet.

One of the problem is our border with Russia and Belarus is extensive, so aggressor has huge space for maneuver. Kyiv, our capital, is way too close to the border.

I think most of you know about what exactly going on in Ukraine from the news, and I don't feel like saying much, except clearing the fact that Ukraine is my motherland.

If you feel like helping Ukraine with more than your prayers, here are some ways in which you can do it:

It seems like Putin just insane! But hopefully, even he can feel the danger of economic collapse.

I know, some sanctions are already in place. But, ironically, the Russian stock market had growth today (Feb25). It collapsed in the day of attack, but bounced back in response to weak sanctions.

Putin can't be stopped by banning his friends from traveling to the US. That's a joke.

By advocating those kinds of sanctions you can truly help Ukraine. Re-post it, tag your president/prime minister, let them see it's a popular opinion.

There are couple of ways you can financially aid Ukraine.

https://savelife.in.ua/en/donate/  biggest Ukrainian NGO that works in the war zone.
https://pay.fondy.eu/api/checkout... the the fast link to their secured payment link. I checked it - it worked.
https://www.mil.gov.ua/en/donate.html... The Ministry of Defense page, there are accounts to donate there. I'm afraid it has to go through the bank, there is no easy click and pay button.
https://armysos.com.ua/en/help-the-army... yet another NGO account.

The author of this blog Andriy Yanovych, is a Ukrainian, currently living abroad.

Only she doesn't laugh these days.

What Putin does is truly tragic!

The small community fundraises for Ukraine 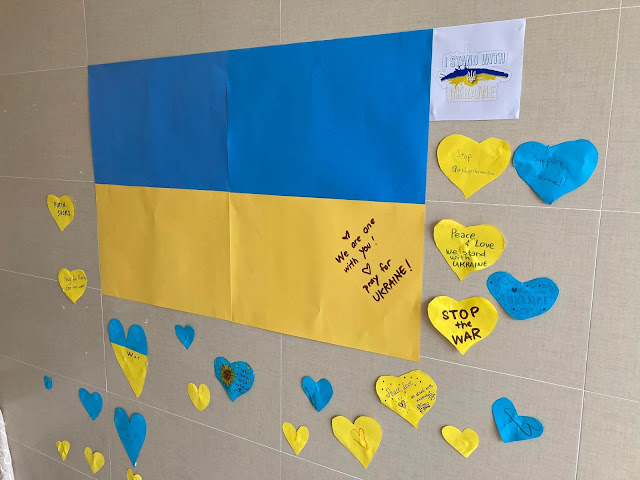 Since the beginning of the Russian attack on Ukraine, we had great support in the community of our Shattuck-St. Mary's Forest City International School and were able to conduct a few successful fundraising campaigns to support Ukrainian military forces and provide humanitarian aid for those affected.                                            #StandWithUkraine support notes in our lift lobby The first event happened just a few days after the start of the war, and the support we felt was a huge moral boost for our family. The news about war sent us into a state of shock and stupor we couldn't shake off. So it was really helpful to get together with our small community, listen to the words of support and understand that actually we can make a difference. Small difference, but a difference all the same. That day we managed to raise almost 800USD.  We shared that amount among several Ukrainian NGOs that work in the war zone and sent part of it directly to the people we knew in the
Докладніше 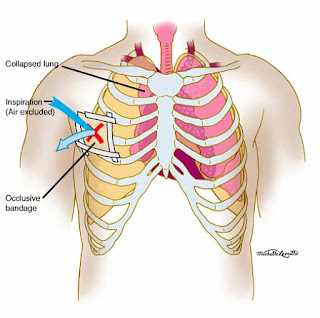 The war in Ukraine rages on for almost 10 months and in the attempt to support those who are at the receiving end of this horror we now fund-raise to support two different causes.  On the humanitarian side, we would like to purchase several sets of occlusive dressing (average price of set - $20) for the "Hospitallers" paramedics group. This dressing, also called a chest seal – is a specialized sticker used to seal the firearm chest wound, which allows the person to use the lung for breathing while being transported to the place where proper help can be provided. Hospitallers is the most trusted volunteer organization of paramedics in Ukraine, which now unites more then 200 medics who work at the front line, helping both military and civilians. Punctured by the bullet lung "collapses", and the person can die from respiratory failure, unless the hole is sealed     On the militarian side, we support an old friend of mine (we even have the same name - Andriy) in purcha
Докладніше